Remember those games you played as a kid? You should give them another chance.

I thought about this as Ganondorf delivered his final line upon completion of The Legend of Zelda: The Windwaker HD. 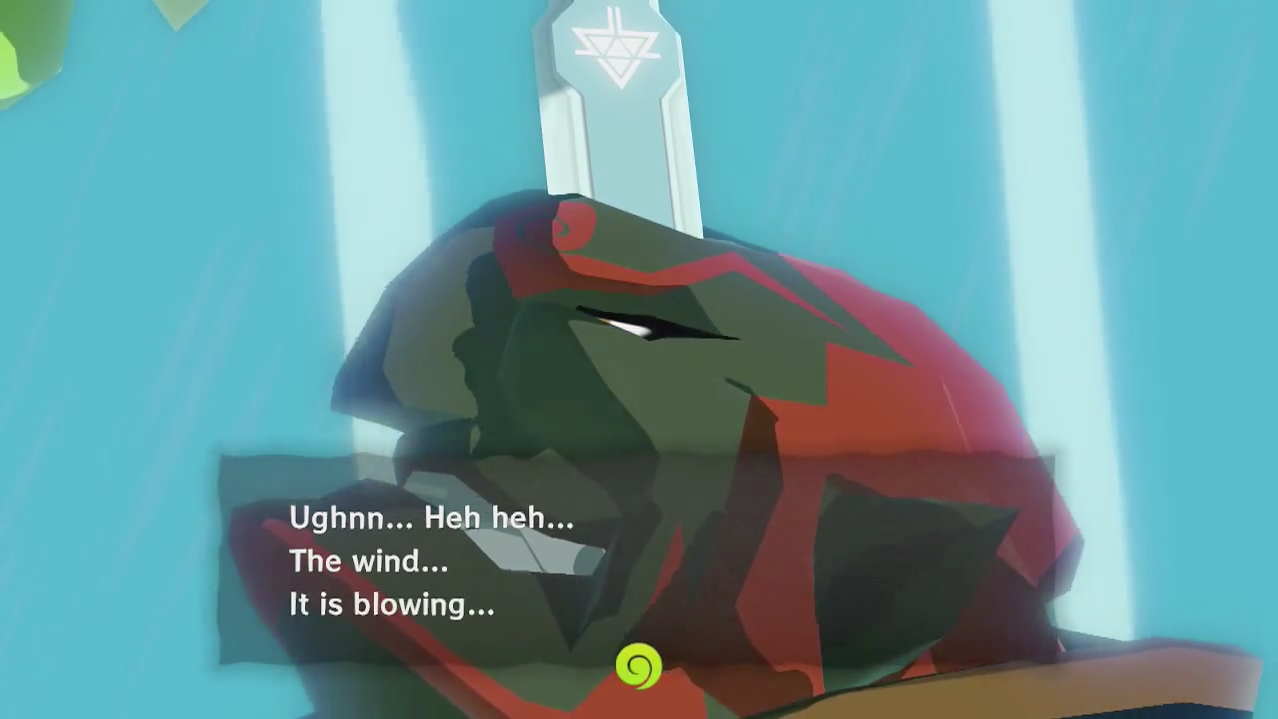 When I first played this game, I was ten years old. I played it once, had a jolly good time and forgot about that adventure for the time being. Now I am twenty and The Windwaker still holds the charm it held for me as a child. Additionally, some of the poignant moments that I glossed over as a child now resonate with me fully, such as Ganondorf’s final words.

With his statement, “The wind… It is blowing…” he references a previous piece of dialogue:

“My country lay within a vast desert. When the sun rose into the sky, a burning wind punished my lands, searing the world. And when the moon climbed into the dark of night, a frigid gale pierced our homes. No matter when it came the wind carried the same thing… Death. But the winds that blew across the green fields of Hyrule brought something other than suffering and ruin. I coveted that wind, I suppose.”

So the wind that brings death to him and something else to the fields of Hyrule is blowing again. The titular Windwaker has finished his quest and woken the wind that brings a new beginning to the descendants of Hyrule and an end to Ganondorf. Given that the series isn’t known for its story, these final words beautifully brought with them a sense of completion. And it was only on my second play through that I fully comprehended the full weight of those words. 10 years after my first playthrough I finally “got it.”

So my experience as a gamer was noticeably different as a result of my age. For this reason I say you should dust off some of those games you played as a child and give them another chance.

Given the wide range of ages that game developers must target, a game can speak to the same person in different ways depending on their age. And given the following chart, game developers will have to weave a lot of intricacies to their games if they want to appeal to the widest audience.

This is a challenge that not all games are up to. But there are some that do.

So go back and gives those games you loved so much as a child another playthrough. You may have missed something.